Destin, FL is full of family friendly attractions and activities. Most of the family friendly things to do in Destin are ocean-oriented including deep sea fishing, parasailing, and dolphin encounters, but there are tons of fun things to do on land, as well! This spring and summer, don't miss your chance to catch an award winning magic show! Learn more about Maximum Magic Theater feat. Noah & Heather Wells! 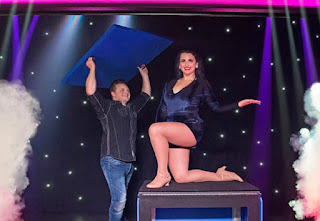 Maximum Magic offers illusions, special effects and comedy, perfect for both children and adults. This exciting magic show is as mystifying as the Emerald Gulf Waters, and will leave your family with plenty of "oohs" and "aahs" courtesy of Noah Wells and his wife/partner Heather.

The Vegas-style magic show is fully staffed with experienced, award-winning performers and crew, providing century old classic magics that would amaze Houdini himself. Audience participation is a major part of the spectacle, giving lucky ticket holders a chance to be part of the illusions and mentalism displays. Famous and rarely seen magics including the Head Mover, Seeing Through a Woman, and The Sword Box are displayed at Noah's show. These and a few other illusions seen at Maximum Magic are performed by only a select few magicians in the world!! And Noah isn't the only accomplished magician at Maximum Magic! Noah's partner Heather also shows off her mentalism skills with a mind-reading act you'll have to see to believe.

The show takes place at the Destin Harbor in Destin, FL. Tickets to MAXIMUM MAGIC are affordable and easy to book online, so purchase yours before they disappear!

Purchase tickets to this amazing Magic Show in Destin! 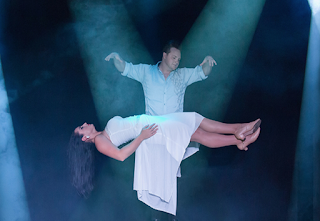 Noah Wells began practicing magic at a very young age, getting his start at birthday parties, talent shows, and elderly homes. Wells' shows are heavily influenced by long-time mentor Kirby VanBurch, an accomplished illusionist and entertainer from Branson, MO. After 5 years of learning the tricks of the trade from Kirby, Noah relocated to Panama City Beach, FL to pursue the dream of performing an original magic act, thus, Maximum Magic was born!

Since the start of the Maximum Magic show in 2007, Noah Wells and wife Heather have performed over 300 shows a year, acquiring various accolades including back to back Merlin Awards for 2011 and 2012 "Illusionist of the Year," and a key to the city presented by Panama City Beach Mayor, Gayle Oberst, for his contribution to Panama City Beach's culture and entertainment value.

Receive our latest offers
You can unsubscribe at any time