10 Things You Should Know about Hammerhead Sharks 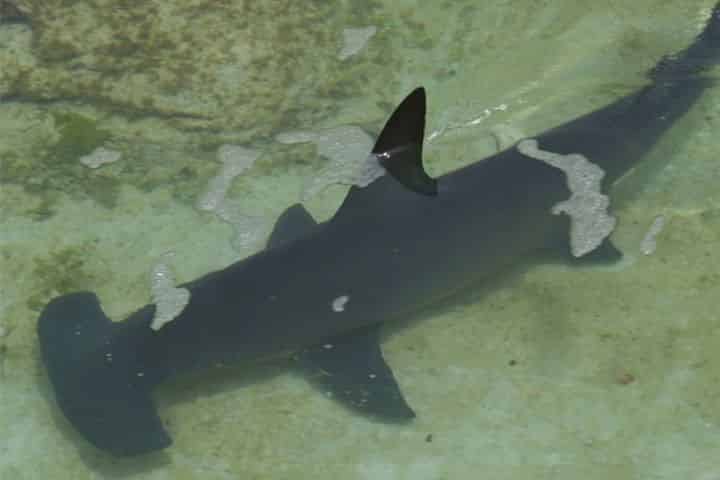 After years of watching Shark Week on Discovery, we’ve witnessed the final moments of Snuffy the Seal and heard the tale of a beast called, “Sharkzilla.” While it is unlikely that a Great White is going to snatch you off a jet ski, there are sharks swimming in the beautiful waters of Destin, Florida. Perhaps the most famous of the Gulf of Mexico sharks is the Hammerhead.

Here are 10 things you should know about Hammerhead Sharks...

Hammerhead Sharks are fierce predators that live in warm tropical waters and feast on a variety of sea creatures. Once Hammerhead pups reach adulthood, they take their place at the top of the food chain and have virtually no predators.

Hammerheads are not aggressive toward humans, however, they are dangerous and should be avoided. Few attacks on humans have ever been reported. Keep reading and discover 10 things you should know about Hammerhead Sharks: 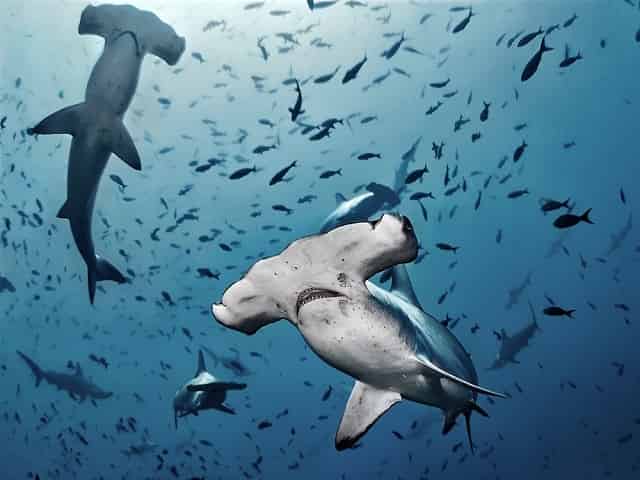 The scientific genus name of Hammerhead Sharks is “Sphyma,” the Greek word for hammer. They get this name from the unusual shape of their head. Flattened and shaped like a hammer, it’s easy to identify one of these aquatic beasts! 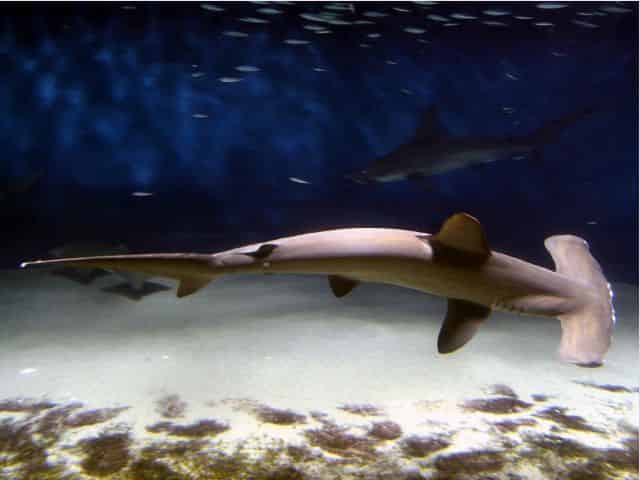 *The uncommon shape of the Hammerhead Shark’s head gives them better visibility. *

One thing to know about Hammerhead Sharks is the uncommon shape of this predator’s head actually serves one of many greater purposes. Because of this hammer-like shape, their eyes are located on either side of their head. This gives them better visibility than most other sharks! Catching a Hammerhead Shark in Destin, Florida, may require a fishing license. 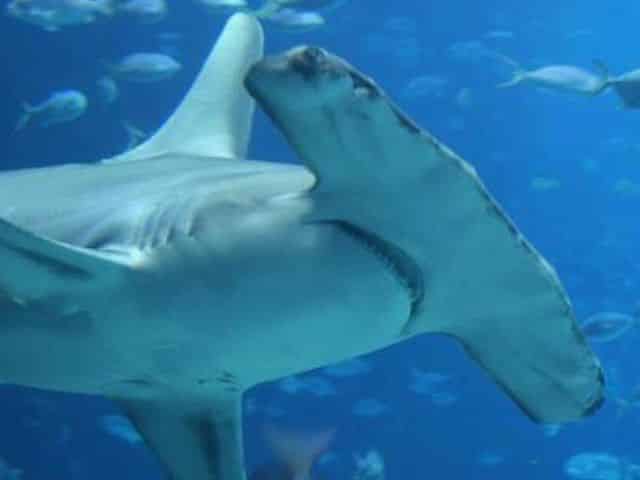 *The Hammerhead Shark’s mouths are much smaller than other species of sharks. *

Besides their odd-shaped heads, there are other interesting features Hammerhead Sharks possess that set them apart from other sharks. For example, because of the shape of their head, their mouths are much smaller than other species of shark, and are located on the underside of their head. This helps when on the hunt for their favorite foods! Learn everything you need to know about Shark Fishing with TripShock’s Official Fishing Guide. 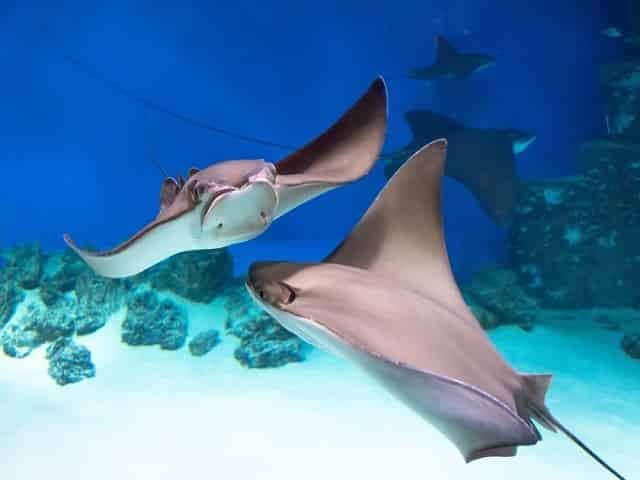 Another thing to know about Hammer Head Sharks is their favorite food. With that being said, a Hammerhead’s favorite food is stingrays. They will literally, “drop the hammer,” and pin down their prey to the ocean floor with their wide heads. Hammerhead Sharks will also dine on the following: 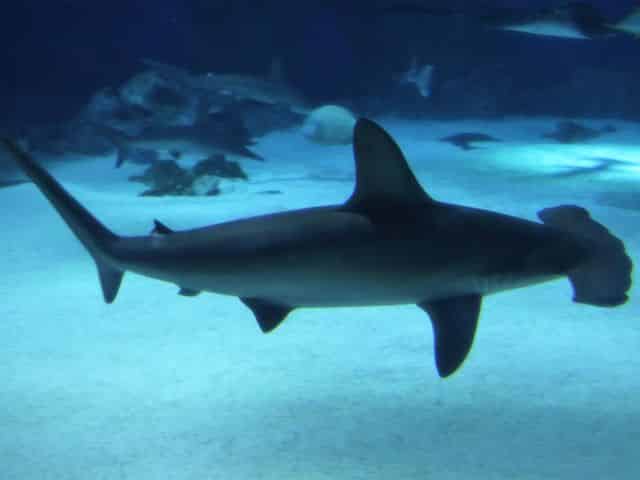 Hammerheads do not seek out human prey, but are aggressive hunters and will attack if provoked

Hammerheads have sensory organs on their head that detect the electrical fields of prey and other animals. This helps when looking for their favorite meal buried under the sand. 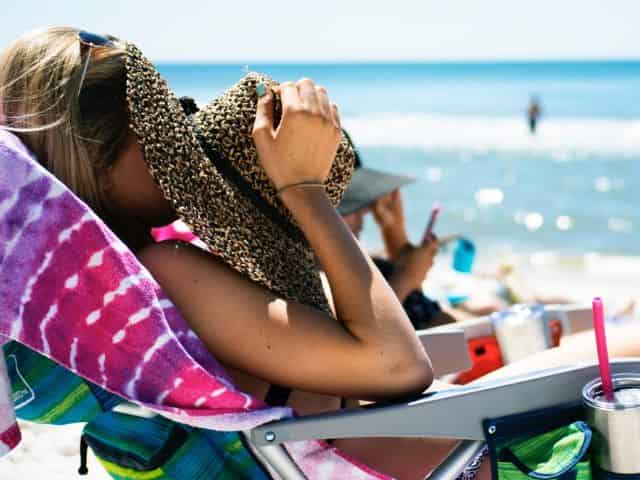 They suntan. That’s right, Hammerheads soak up the sun just like humans! 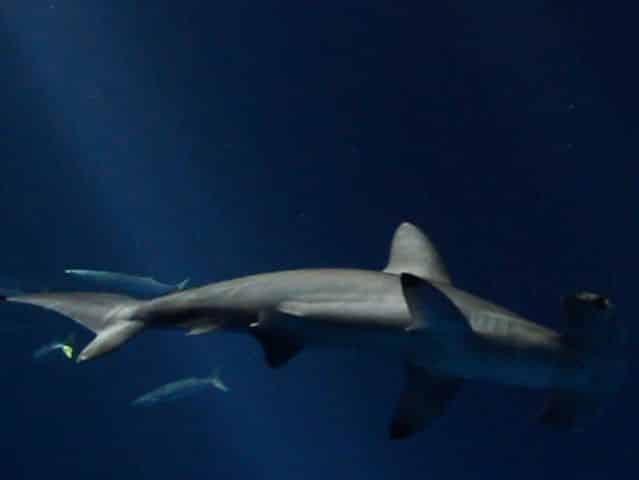 Hammerheads have a lifespan of 20-30 years in the wild. The oldest Hammerhead on record, however, was estimated to be between 40 and 50 years old! 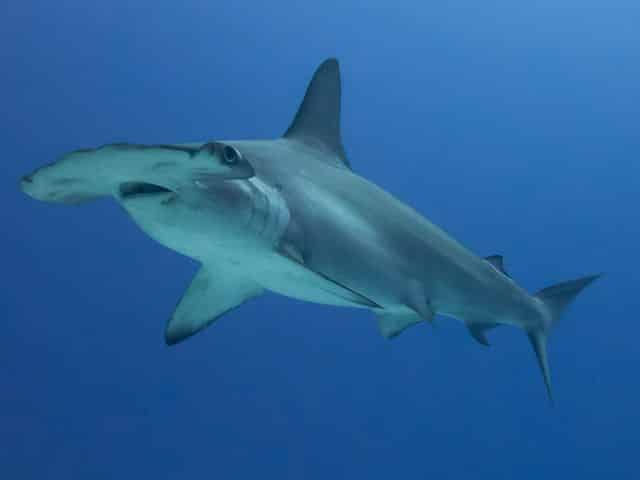 Massive in size, Hammerheads grow 13-20 feet and can weigh up to half a ton. The largest Hammerhead Shark on record was caught in Florida, weighing in at 1,280 pounds! 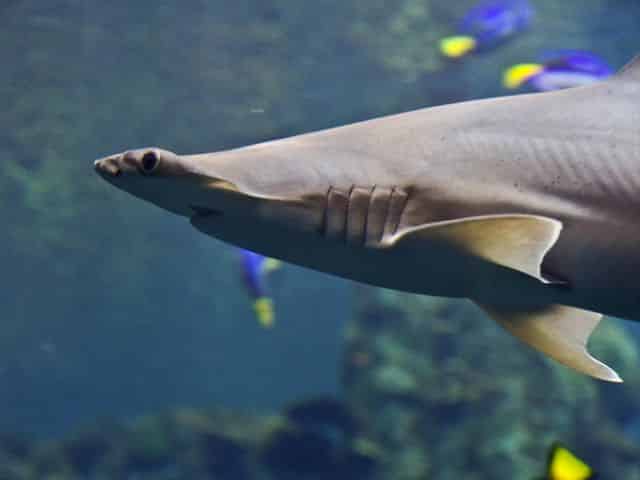 Females give live birth instead of laying eggs like most fish. A single Hammerhead litter can contain up to 50 pups!

These majestic creatures are just one part of Destin, Florida, that make its ecosystem so special and unique, and seeing one in real-life is an absolutely unforgettable experience. From reeling one in on a Destin Shark Fishing Charter to seeing one face-to-face at the Gulfarium Marine Adventure Park, TripShock offers the best rates when getting up-close-and-personal with your very own version of, “Jaws!”