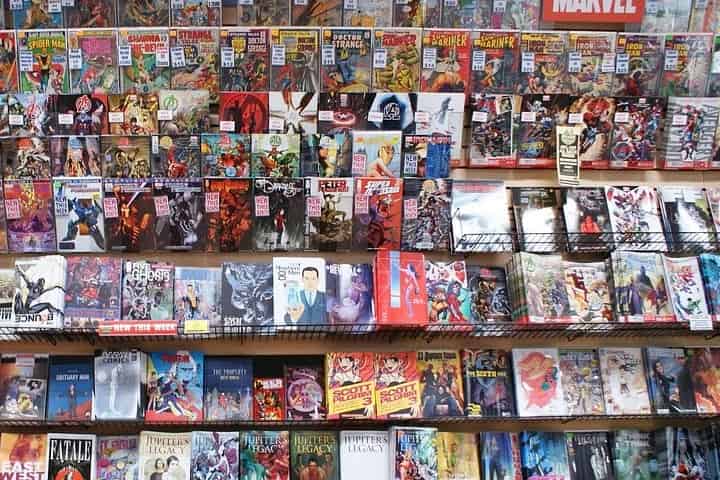 The 2023 Pensacola Comic Con, known widely as “Pensacon” is a sci-fi event for the ages. In February, thousands upon thousands of guests will stream into Pensacola for what could be the largest event of it’s kind in the region. Luckily for us, Pensacon organizers are putting together an amazing schedule.

A short film fest, photo ops, and themed parties throughout Pensacola are just some of the awesome events that take place throughout the action-packed weekend, but most people come for the meet-and-greets and Q&A’s. Pensacon has wrangled some of the biggest names of the sci-fi, action, and comic book world! Over 100 celebrity guests will offer autographs, photo ops, and one-on-one time to eager attendees at the Pensacola Bay Center in Downtown Pensacola, FL.

With so much amazing talent, it was very difficult to narrow down a list of the 7 must-meet guests of Pensacola Pensacon, past and present. This year, historic actors, wrestlers, and illustrators were added to the list! The following list was compiled based on work resume, popularity, and a little personal preference from the writer. 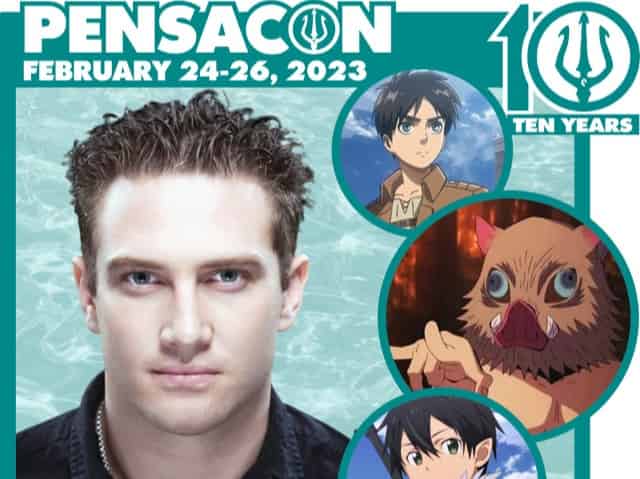 Best known for his voice acting work in popular animes “Sword Art Online”, “Attack on Titan”, and “Demon Slayer”, Bryce Papenbrook is one of the first announced guests of Pensacon 2023. Papenbrook’s celebrated voice most recently was utilized to give life to Silver the Hedgehog in the new Sonic the Hedgehog series. 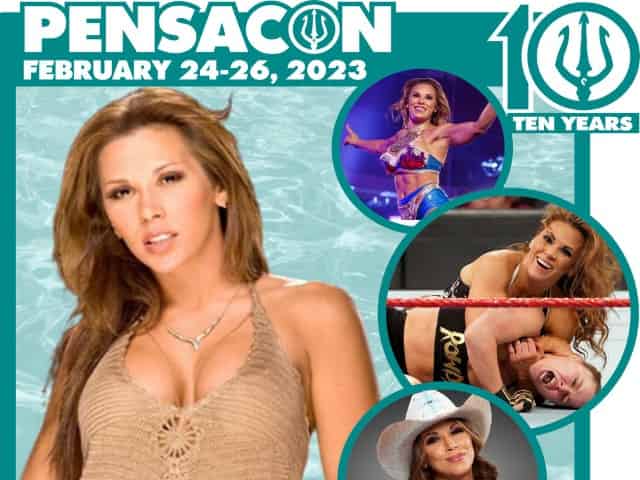 World-famous professional wrestler, singer, actress, and model, this Pensacon guest is no stranger to the spotlight. This multi-talented performer grew up in the world of modeling and country music. In the mid-2000s, James shifted her talents to the WWE and TNA, becoming one of the wrestling world’s top contenders. Currently, this bashing beauty is stealing the show on WWE primetime, while raking in the awards through hit albums. Keep your eye out for Mickie James appearing at one of Pensacola’s top music venues for a surprise performance! 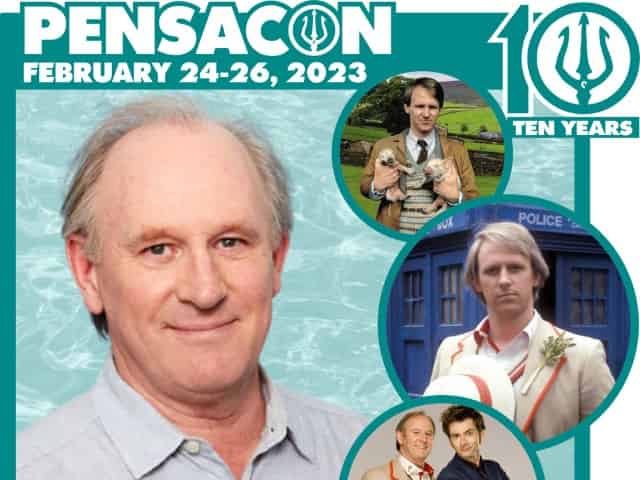 A celebrated actor of English television, Davison is best known for his portrayal of the fifth incarnation of the Doctor in Doctor Who. With a long list of credits spanning from 1975 to today, this accomplished thespian has seen it all, from alien invasions to London courtrooms. 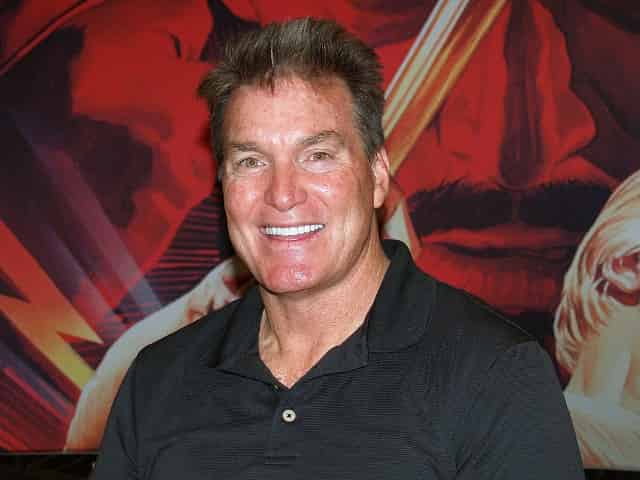 With a myriad of acting credits, Sam J. Jones became a household name as action hero Flash Gordon in the sci-fi movie Flash Gordon. The 1980 hit catapulted Jones into stardom, maintaining a successful career in film, TV, and the occasional guest appearance. Known for bravery, philanthropy, and a rugged toughness, this former United States Marine is beloved by fans new and old. 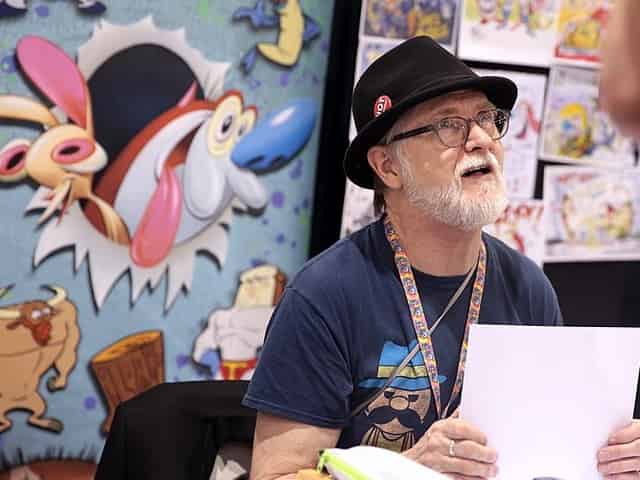 Bob Camp has been in the business for decades, making this just one of the many reasons to visit Pensacola, FL, and attend Pensacon! Image from Wikimedia

As a child who grew up in the age of Saturday morning cartoons, Bob Camp is certainly a must-meet star of this year’s show! Camp’s work as an animator on the Nickelodeon series, Ren & Stimpy, landed two Emmy nominations and a Cable Ace Award. Although an accomplished illustrator, Camp’s portfolio doesn’t end at cartoons. Bob has been writing, creating, and directing for over 30 years! 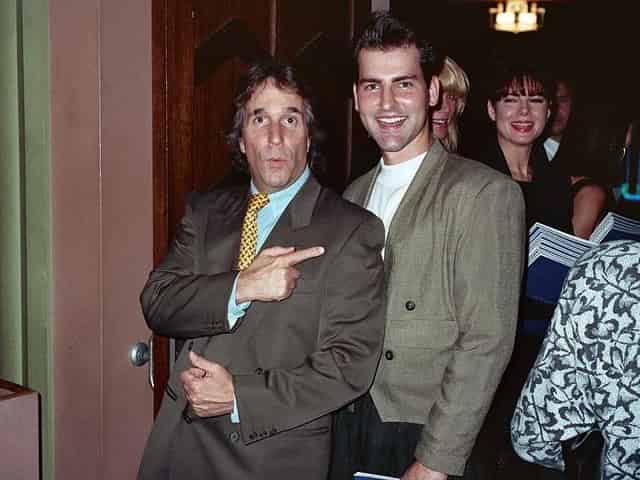 Who doesn’t love “The Fonz?” The legendary comedic actor is a classically trained thespian with decades of experience! Taking on both Hollywood hits and cult classics, Henry Winkler has appeared in several note-worthy projects including multiple Adam Sandler films and the Adult Swim series Children’s Hospital. 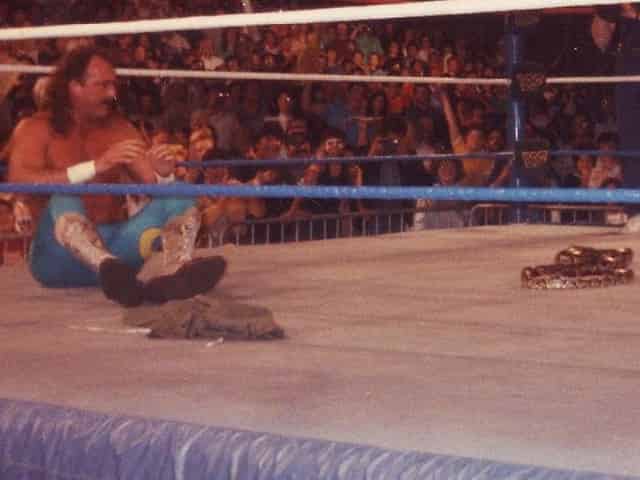 With celebrities like Jake “The Snake” Roberts on the roster, it’s easy to see why Pensacon is one of the top tourist attractions in the Pensacola area. Image from Wikimedia

WWE Hall of Famer and legendary ring villain Jake Roberts has shown off his muscles at Pensacon! Roberts traded his death-defying DDT finisher for a friendly handshake as he greeted guests at the convention. With a 30 year career in the professional wrestling industry, Jake “The Snake” Roberts achieved several feats. Roberts has brought home championship belts in multiple leagues, as well as wins against history’s most prominent mat men like Andre the Giant and the Million Dollar Man!

It doesn’t matter if you get to the Pensacola Bay Center by foot, car, bus. All that matters is that you get there, and that you don’t forget to bring a camera! For more information, including a full list of the 2023 lineup, please visit: https://pensacon.com/guests/. For more great Pensacola and Pensacola Beach things to do, visit TripShock.