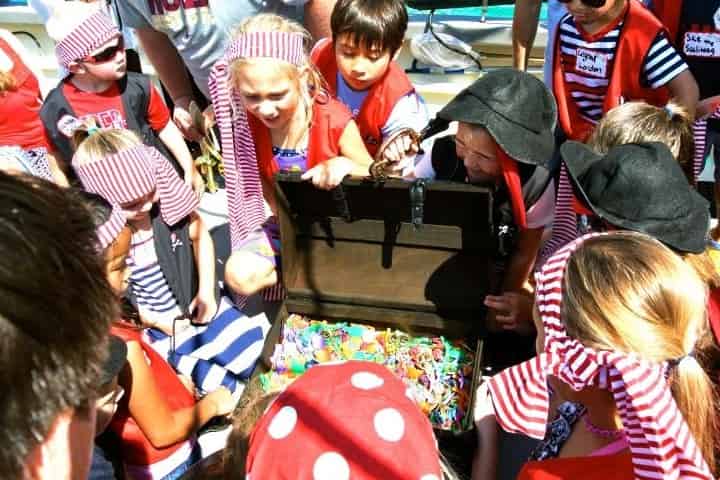 Massive, authentic setup and adornments will make you feel like you’re back in the Age of Exploration looting and pillaging trade ships on the high seas! So, sally forth down to the docks, sweep the poop decks, and get ready for some good old-fashion fun aboard kid’s pirate cruise!

Why Take a Kid’s Pirate Cruise?

Let your kid’s imagination run wild as they search for treasure on an unforgettable pirate cruise! Your family will be hooked once they realize just how much fun can be had when you’re one of the pirates.

Whether you’re a kid, or a kid at heart, there is something for everyone on a kid’s pirate cruise. So, what are you waiting for? Leave the landlubbers at the docks and ship off for the adventure of a lifetime! 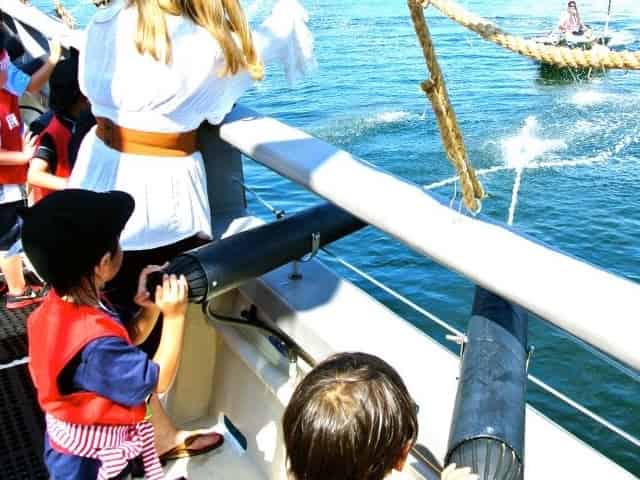 Plenty of awesome kids activities and an engaging crew means a ton of fun for the kids, and much needed relaxation for the adults! For sure, pirate cruises offer an abundance of activities and amenities that are sure to please all parties involved.

Pirate cruises, at their core, are a kid-centric attraction. Indeed, the pirate crew will do everything they can to give your little ones the time of their lives! Depending on which pirate cruise you choose, onboard kid activities will include:

...and, of course, important lessons on how to share loot so that everyone gets to enjoy their fair share!

Don’t worry parents, if you want to join in on the activities you are not only welcomed, but encouraged to do so. So what are you waiting for? Get out there, get jiggy with it, and test your peg legs out on the dance floor!

While the cast and crew keep the kiddos occupied with pure pirate fun and deep sea shenanigans, adults will have plenty of time to kick back and relax. Enjoy the open air and sunshine, as well as a full list of tasty adult beverages, depending on your cruise selection, including: 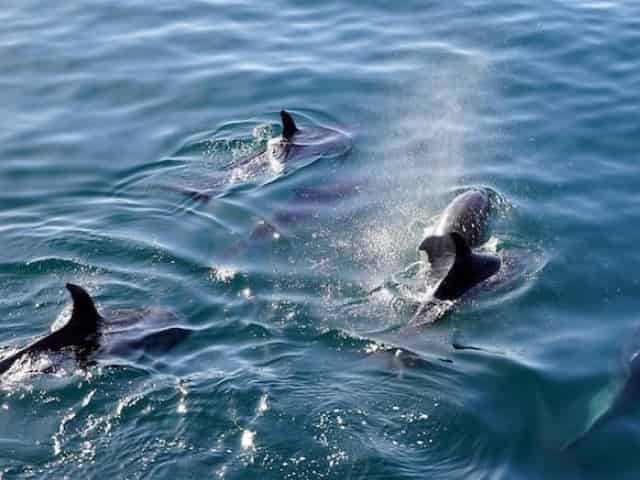 There she blows! Keep an ear out for the Captain to alert you of dolphin sightings out in the deep. The captain and crew make a concerted effort to find dancing dolphins on each and every cruise. Other animals you may encounter include:

And that’s just to name a few of the friendly marine species you may encounter! Kids pirate cruises are not only one of the best ways to channel your inner scallywag, but to get in touch with the beautiful nature, wildlife, and scenery that surrounds you.

Where to Take a Kid’s Pirate Cruise?

From the Emerald Coast to South Carolina’s Grand Strand and beyond, there is no shortage of fun in the sun to be had, and this includes kids pirate cruises. If it’s a pirate’s life for you, then check out these kids pirate cruises in popular vacation destinations along the coast, and prepare for the voyage of a lifetime! 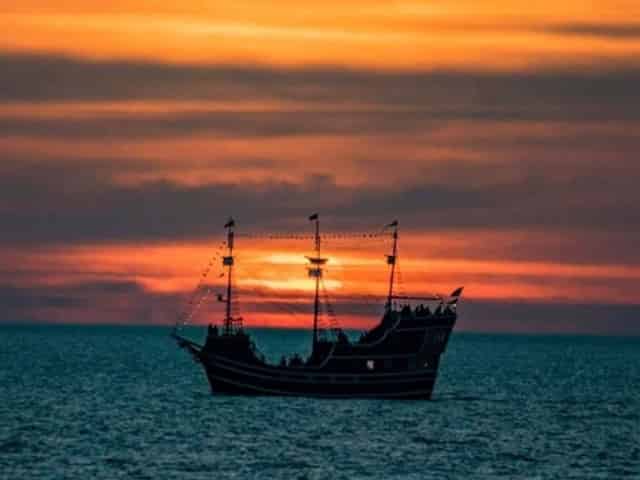 Hoist the sails and hit the water for an unforgettable pirate cruise in Clearwater, Florida! Your little ones will never forget the swashbuckling adventure they had with the captain and his buccaneer crew. Dressed in their pirate best, the crew is prepared for some good ole’ pirate mischief including:

Whichever cruise you select, you and your hearties are in for a treat! 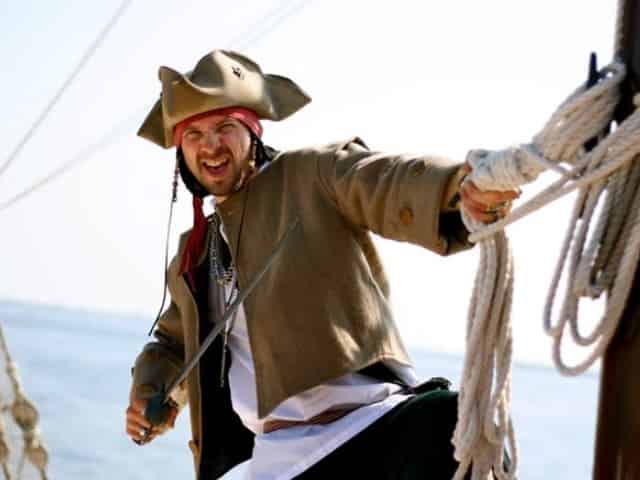 The Sea Dragon in Panama City Beach, Florida, is a monstrous vessel that took 11 years to build. 85-feet long and 26-feet wide, Panama City’s most famous pirate ship not only looks the part, but performs better than any other on the high seas!

Equipped with two diesel engines, this nautical marvel is ready for whatever Mother Nature throws her way. Spacious yet intimate, rustic but modern, the Sea Dragon is truly a spectacle that you have to see to believe.

In addition to the authentic accents and adornments, what makes the trips out to sea on the Sea Dragon special and true to the times are the cast and crew. Pirate personalities aboard the ship are fully equipped from head to toe with eye patches, scimitars, and buccaneer breeches aplenty. Hop aboard one of Panama City’s top kid-friendly attractions, and be entertained by perilous stories of Davy Jones’s Locker and wondrous days past! 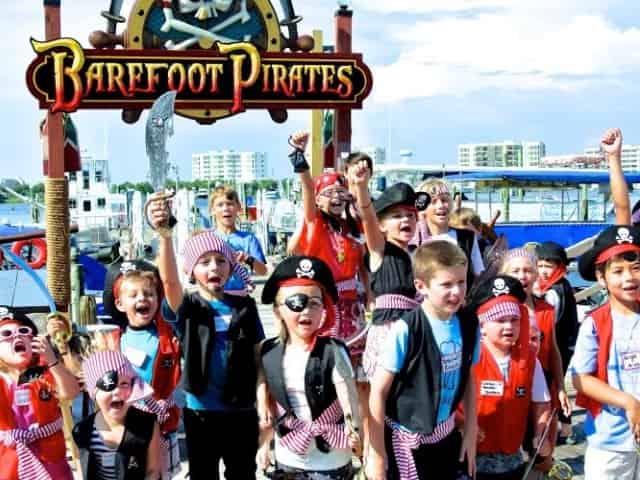 Hop aboard Blackbeard’s Treasure Hunter, the Carolina’s biggest pirate ship, for an experience your family will treasure forever. This hour-long adventure starts with making sure each person is dressed in their pirate best, as the crew will give each little pirate their very own mustache, pirate tattoo, and more! After, it’s time to find some treasure!

Once your little one has found their share of doubloons, it’s time to hoist the victory flag, sing, dance, play games, and shoot cannons! Fun and affordable, kids pirate cruises are a great way to create memories with your little ones that they will cherish forever. For more information about Blackbeard’s Pirate Cruise visit https://www.myrtlebeachpiratecruise.com/

Q: What is a pirate’s favorite letter?

A: You might think it was “R,” but you can’t forget their love of the Sea!