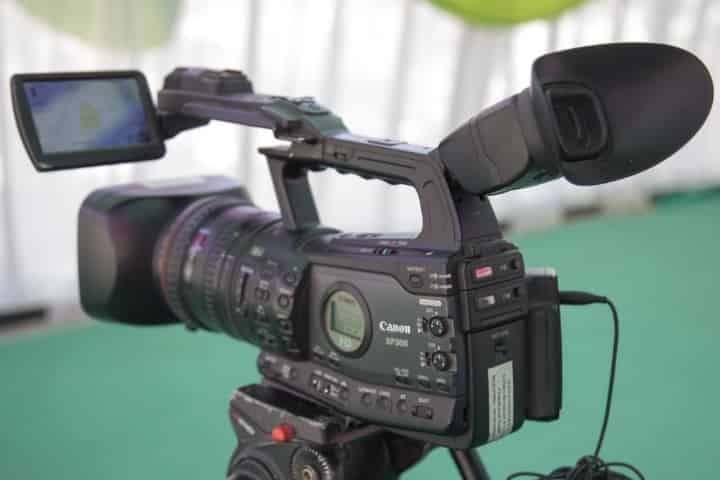 New Orleans, Louisiana, is one city where when you vacation, you don’t want to forget to bring a camera! The historic roadways of the French Quarter are filled with incredible street performers, amazing art, live music, celebrities, and the list goes on and on. You never know what New Orleans has in store for you!

The locals and vacationers aren’t the only ones who have realized what a treasure New Orleans is, so has the television and film industry! From books to movies, and everything in between, New Orleans has become a hot topic in pop culture and beyond! Keep reading and discover what Hollywood is Filming in New Orleans 2022 - TV Shows & Movies.

Even though New York City is technically “The City that Never Sleeps,” the same is true for New Orleans! Day or night, the French Quarter is alive with music, entertainment, and so much more. This is just one reason why the entertainment industry loves filming in New Orleans!

It’s not only the atmosphere, however, that attracts these cinema creators. The massive amount of history and culture, beautiful landscapes, and awe-inspiring architecture, among other things, make for the perfect cinematic storm. With that being said, check out these TV shows and movies that are currently filming in New Orleans, and take advantage of this incredible city.

Starring Nicolas Cage, the horror-comedy film focuses on Dracula’s henchman and inmate at a lunatic asylum. Written by Walking Dead creator Robert Kirkman and directed by The Lego Batman Movie helmer Chris McKay, the story positions Renfield in a modern world, fed up with being a servant for Dracula and taking on a new life for himself after falling head over heels with a traffic officer. This is the first time Nicolas Cage plays the role of a vampire. 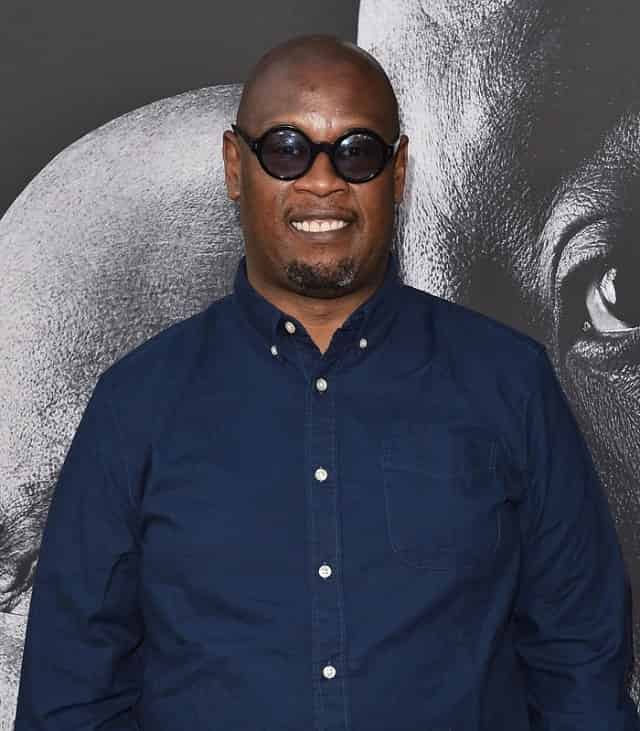 Pictured above is the late Andre Harrell, who founded the infamous Uptown Records. Image by smartbiography.com.

The BET+ series, Uptown, is being filmed in New Orleans. The show is centered around the historic rise of Andre Harrell’s Uptown, an infamous New York-based record label. The record label is responsible for launching the careers of notable names like Mary J, Blige, Jodeci, and Russell Simmons. Uptown is also where the iconic music mogul Sean“Puffy" Combs started. 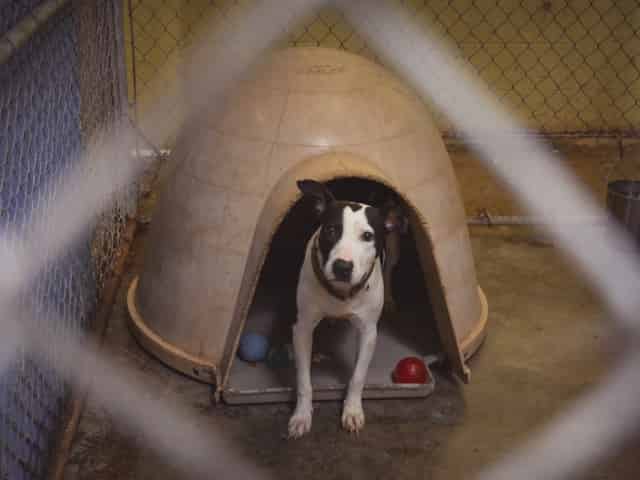 Pit Bulls & Parolees is a reality show on Animal Planet that follows the work of the Villalobos Rescue Center, whose mission is to put an end to the breed’s stereotype. They also pair their dogs with parolees who are trying to become productive members of society, essentially rescuing each other. The Villalobos Rescue Center is located in New Orleans, so most of what you see in the show takes place in the city.

We Have a Ghost

The film, We Have a Ghost, is in production in New Orleans. Starring Jennifer Coolidge, Jahi Di’Allo Winston, and Anthony Mackie, the film focuses on a family that comes across a mostly harmless ghost in their home. The family, along with the ghost, become a global pandemonium on the internet. In spite of the title, We Have a Ghost is not a horror movie.

As exciting as it is to think you may run into a celebrity who is filming in New Orleans, there’s nothing quite as exciting as actually visiting the exact location where it was filmed! You can see the same set you’ve seen on the big screen, but in real life, with awesome and affordable New Orleans tours.

Walking the streets of NOLA is a one-of-a-kind experience. Make sure you come prepared with things like sunscreen, fanny packs, and a good pair of shades! Don’t forget to check out our Ultimate New Orleans Travel Bag including items you’ll need during your time in New Orleans. 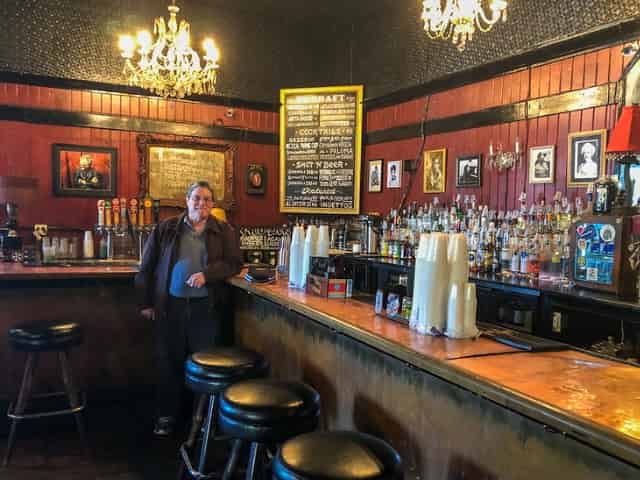 New Orleans movie and television walking tours are a guaranteed way to see the sights, sets, and scenes from your favorite shows filmed in NOLA! Seeing the sets of popular shows, like NCIS New Orleans, for example, attracts thousands of visitors to the French Quarter every year.

*Pictured above is Destrehan Plantation. Image by destrehanplantation.org. *

Setting the historical relevance and incredible architecture aside, visiting Plantation Country is a great way to see the filming locations of a plethora of popular films. From the haunting beauty of Oak Alley’s 28 centuries-old oaks to Houmas House’s luscious green gardens, it’s easy to see why the film industry has taken advantage of Plantation Country’s natural beauty and scenic views for popular Hollywood films and TV shows. 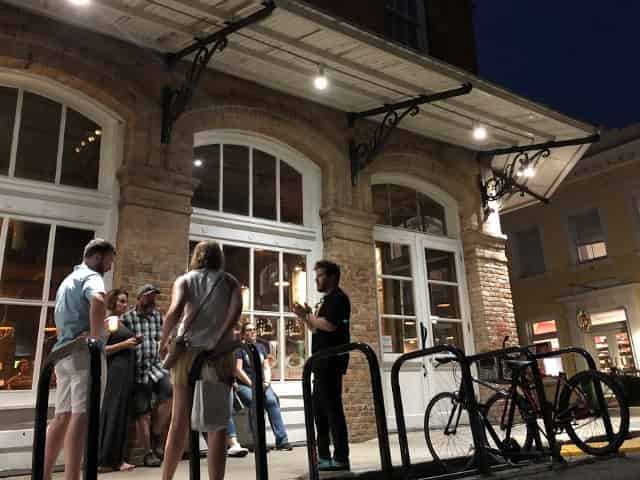 Taking a New Orleans ghost tour is the perfect affordable activity for a fun evening in the French Quarter.

Ghost tours in New Orleans are a win-win for those who love the supernatural and the silver screen! From touring the famous St. Louis Cemetery No. 1, the filming location for scenes from iconic films like Easy Rider, to visiting locations from the popular television series American Horror Story, New Orleans ghost tours make for the perfect combination of fright and film! 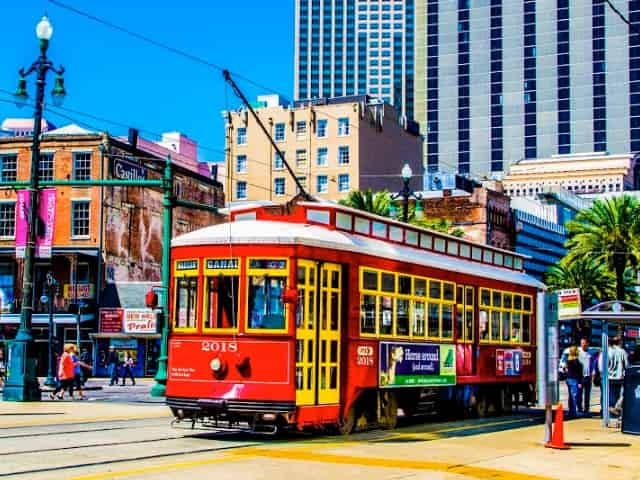 City tours are a great way to see the sights and sets of New Orleans.

When visiting a city like New Orleans, there is so much to see, learn, taste, experience, etc. With that being said, a city tour is a great way to gain a comprehensive understanding of the city, while seeing popular landmarks you’ve probably seen on the big screen!

With so many popular television shows and movies being filmed in New Orleans, it’s easy to forget the hits from the past. Appreciate the classics and the contemporary, and check out these popular movies from the past and present:

Now that you know what’s filming in New Orleans, be sure to look out for the landmarks and landscapes from your favorite films and shows. And don’t forget to keep your eyes peeled, because you never know which celebrities will be in town, filming their next big box office hit!