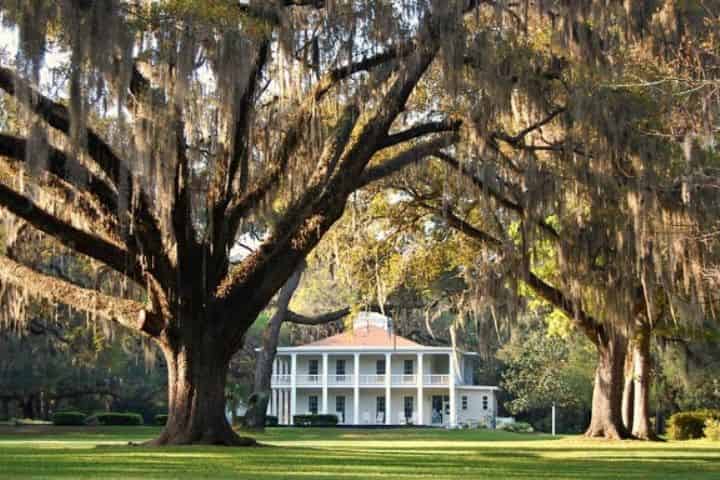 New Orleans, Louisiana, is home to some of the most spectacular displays of art, architecture, and design, that the modern world has to offer. Paired with a stunning countryside, one part rolling hills and one part swampland, the scenic beauty of the, “Crescent City” is unmistakable.

Perhaps the most intriguing element of New Orleans is the historic, “Plantation Country.” Situated west of the city along the mighty Mississippi River, Plantation Country is home to some of the nation’s few remaining plantation estates. Revered for their beauty, elegance, and historical value, these properties have become key destinations for travelers, historians, and perhaps most interestingly, the film industry. 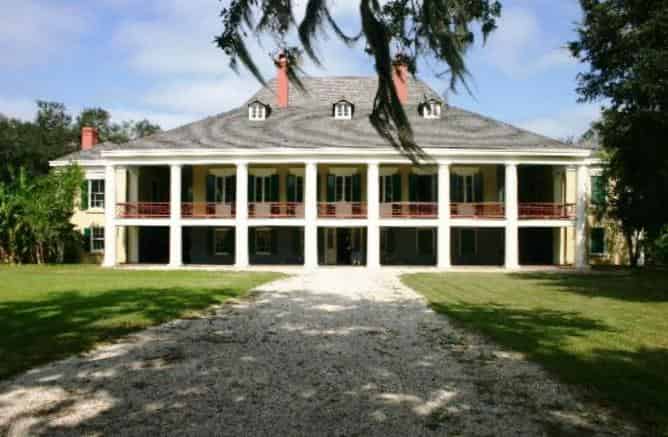 The Destrehan Plantation is the oldest plantation home in the lower Mississippi valley, and one of the oldest in the country

Destrehan is chock-full of mystery, history, and a classic elegance that must be experienced to be felt. Past historical events of Destrehan include slave revolts, civil war scars, and notable owners and visitors including the infamous pirate, Jean Lafitte. With a strong history in civil rights and disputes, Destrehan has been chosen as the setting for various early American-themed flicks, especially those set in poverty and racial discourse.

A melancholy, yet hopeful impression resonates from the mansion’s walls and grounds, creating a perfect environment for internal struggles like those faced by Brad Pitt’s character in Interview with the Vampire: The Vampire Chronicles. In more recent cinematic history, the powerhouse period drama, 12 Years a Slave had scenes filmed at numerous plantations, including Destrehan. Epps Barn was created using a Mule Barn on the property.

The swamps of New Orleans located near Destrehan are as ominous as they are stunning, adding to the backdrop of many of your favorite TV shows and movies! 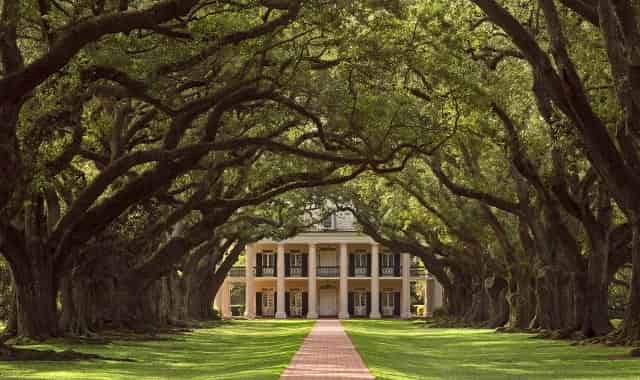 Constructed in 1839, this beautiful estate became known as Oak Alley from the long stretch of 28 giant oaks leading the way to the mansion’s front doorsteps

The natural beauty of Oak Alley’s campus has laid the foundation for multiple Hollywood endeavors. One of the most historically significant plantations in New Orleans, the grandeur of Oak Alley’s landscapes is beautifully portrayed in the movie, Interview With The Vampire: The Vampire Chronicles. This 1994 box office sensation co-starring Brad Pitt and Tom Cruise utilized the scenic qualities of Oak Alley’s oak trees and surrounding swamplands in many vital shots.

In the modern TV era, there is no distance directors will not venture for the perfect atmosphere. In the hit HBO suspense thriller, True Detective starring Matthew McConaughey and Woody Harrelson, Oak Alley’s ancient and famous oaks once again create a serene backdrop. Much of the first season of True Detective was filmed on location in New Orleans and Plantation Country. This popular plantation is a big hit with travelers from across the globe. 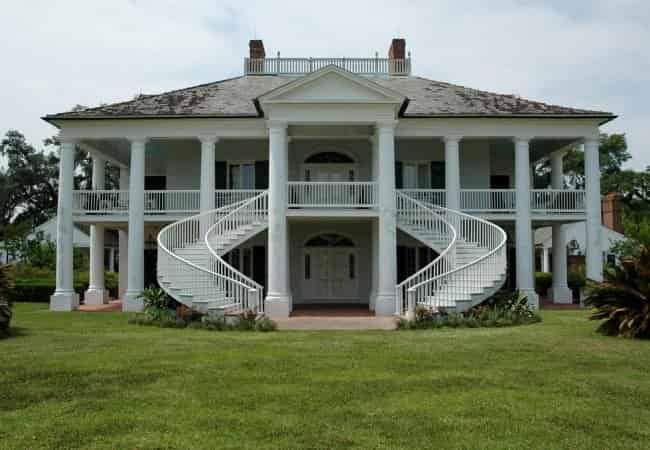 As the most intact plantation of Plantation Country, Evergreen has achieved the nation’s highest historic designation

Once home to a massive slave workforce, Evergreen still displays 37 buildings and 22 slave cabins, kept in pristine condition since the estate’s 1790 construction. With one of the largest slave populations among the plantations, Evergreen has served as prime real estate in many period pieces. Notable films recorded at this location include:

Django Unchained, starring Jamie Foxx, tells the story of a brutalized slave who seeks retribution for crimes done to him and his family by a savage plantation owner played by Leonardo DiCaprio. One of the most popular scenes in the film was shot on the magnificent front spiraling steps of Evergreen. 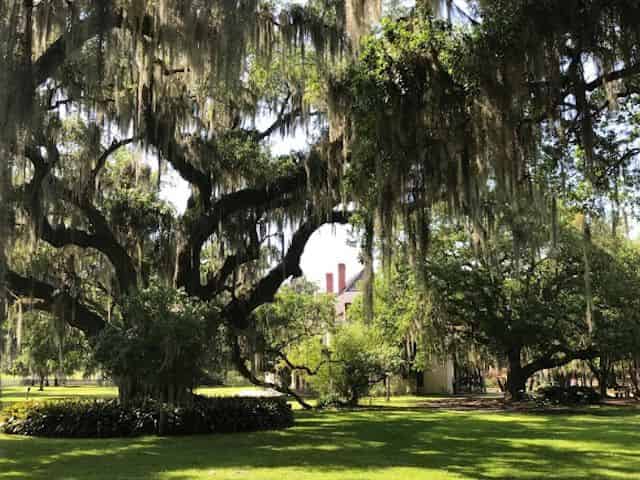 In all, Felicity and St. Joseph Plantation contain 2,500 acres of history

St. Joseph Plantation and Felicity are sister plantations located on the banks of the Mississippi River that posses pretty much all the qualities we love in a NOLA plantation. The grounds still contain an original barn, detached kitchen, blacksmith’s shop, carpenter’s shed, schoolhouse, and slave quarters house, which make these two plantations an ideal setting for period films and haunting cinema alike.

Felicity and St. Joseph’s museum-quality buildings make for the perfect backdrop to many of television and film’s greatest works. The modern remake of Roots utilized this plantation property for a realistic depiction of life during the era of slavery. Other noteworthy films from these plantations include: 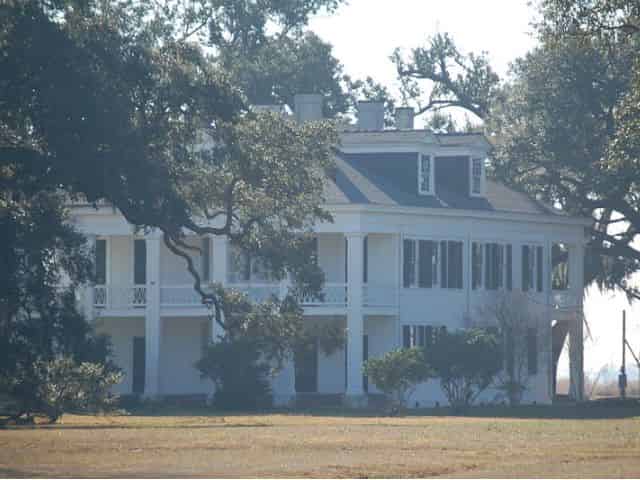 One of the newer plantations on our list, Felicity was built around 1850 for sugar farming. The quaint nature of the home is highlighted perfectly in the modern horror classic, The Skeleton Key. Kate Hudson acts as a hospice nurse caring for one of the homes’ elderly occupants, but the house’s history of voodoo and supernatural occurrences make for an uncomfortable stay.

There is nothing more surreal than seeing a familiar face or place from television in real life. With that being said, visit one of Louisiana’s majestic plantation homes, and take in all of the history, culture, and pop culture these historic buildings have to offer!