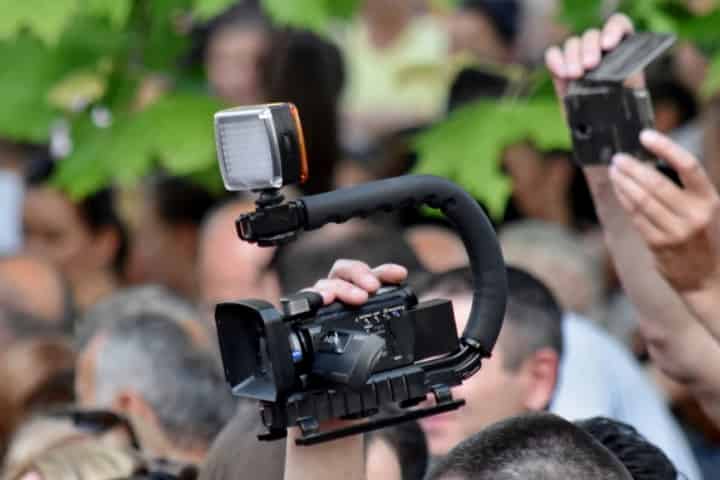 The Big Easy boasts unparalleled dining and nightlife options as well as activities for both adults and children. With warm weather all year long, it’s easy to see why this Southern city is home to the rich and famous.

Actors, athletes, musicians, politicians, journalists, and celebrity chefs are among New Orleans’ most notable homeowners. Read below to find out about the 5 celebrities who call New Orleans home! 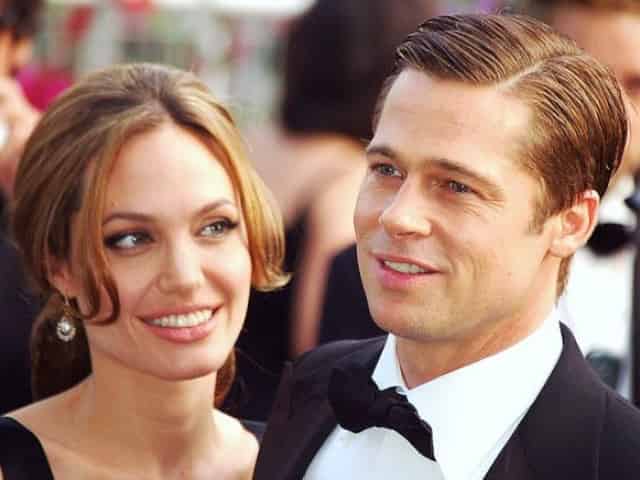 Pictured above are Brad Pitt and Angelina Jolie. Image by Nils Sautter via Flickr.

Not only do they call New Orleans home, but many have spotted Brad Pitt at nearby plantations which will serve as the set for the next feature film! The power couple of Angelina Jolie and Brad Pitt currently own a mansion in the French Quarter called “Big Easy.” The pair of Hollywood elites fell in love with New Orleans after visiting in 2007 to view the devastation of Hurricane Katrina. Upon moving to New Orleans, LA, “Brangelina” set up the Make it Right Foundation, raising millions over the years to put towards new housing in the flood-ravished Lower 9th Ward.

According to TMZ, after selling their 6.5-million-dollar mansion, they plan on moving somewhere “off the beaten path.” They reduced the asking price by $850,000, bringing it down to $5.65 million. Whether the new residence will be in the Crescent City is yet to be seen, but with all the good they have done so far for New Orleans, let’s hope they stick around a little longer! 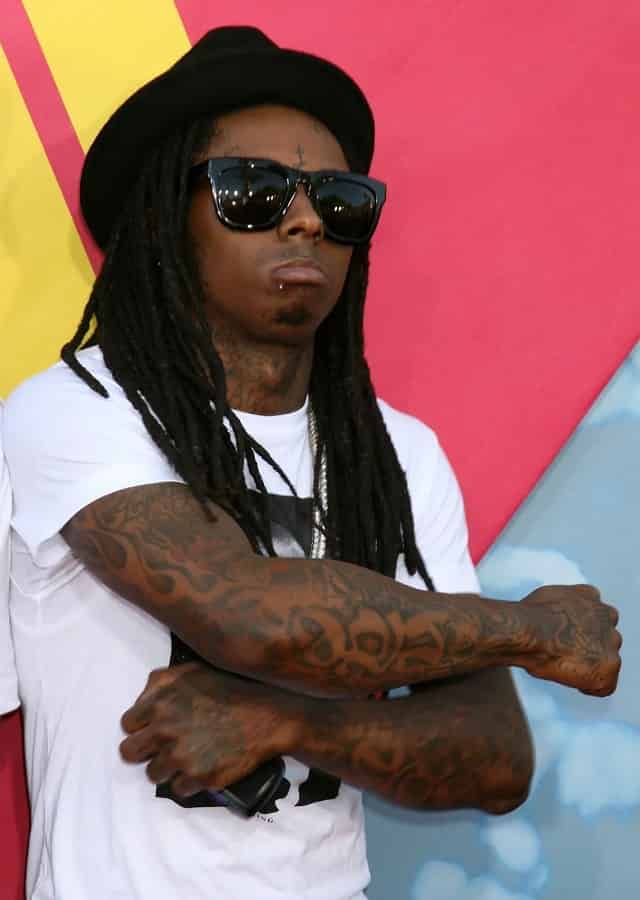 Lil Wayne is a known rapper, songwriter, and record executive, and has been dubbed one of the most influential hip-hop artists this generation has seen. His music career started when he was signed by Birdman to Cash Money Records. He was the youngest member of the label until he ventured on to become a solo artist, selling more than 120 million records worldwide. As one of the celebrities who call New Orleans home, Lil Wayne’s home features a recording studio, a home theater, and an indoor skating park. 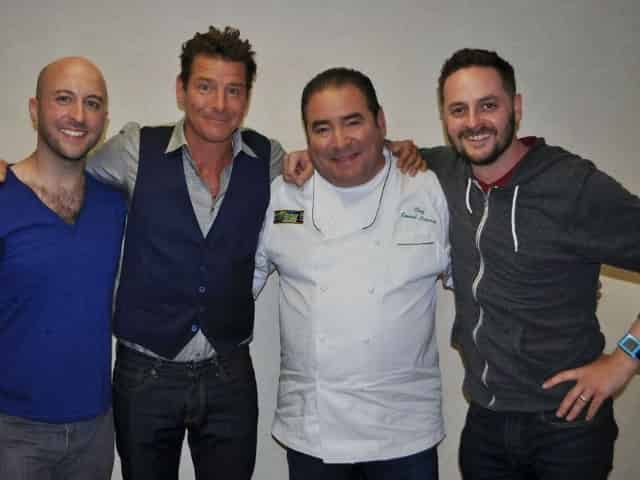 New Orleans is the perfect place to channel your inner Emeril Lagasse by tasting the local cuisine, hopping on a food tour, or learning the ropes for yourself with a cooking class through New Orleans School of Cooking! Image of Emeril Lagasse with Ty Pennington by L.A. Foodie via Flickr

What better place to live for a world-renowned Chef than New Orleans, LA, the City of Chefs?! There are plenty of celebrities who call New Orleans home and Emeril Lagasse is no exception. The New England-born Emeril Lagasse specializes in New Orleans’ cajun and creole cooking styles, with his famous catchphrase, “BAM!” referring to adding a kick of Cajun-influenced spice to his gourmet goods! Chef Emeril Lagasse has called his style of cooking “New New Orleans,” and frequently uses local Louisiana ingredients in prepared meals. 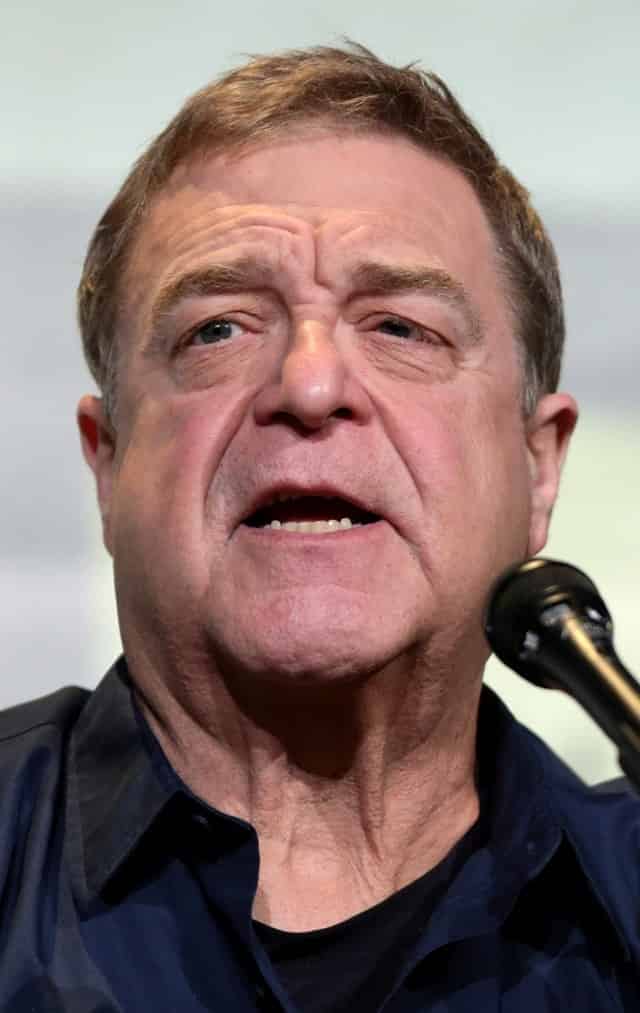 Image of John Goodman from Wikipedia.

One of New Orleans’ most proud and passionate celebrities who call New Orleans home is actor John Goodman. The accomplished thespian got his start as a comedian in such films as “Revenge of the Nerds” and “True Stories,” but eventually moved to more dramatic roles and Broadway stage shows later in his career.

John Goodman has supported many New Orleans-based causes including Hurricane Katrina relief, Deepwater Horizon Oil Spill relief, and lending his acting skills when filming TV shows and movies in New Orleans to movies that portray the city in a positive light including Disney’s “The Princess and the Frog.” Goodman even met his wife, Annabeth Hartzog, while filming a movie in New Orleans, LA, forever cementing his affection for the Crescent City. 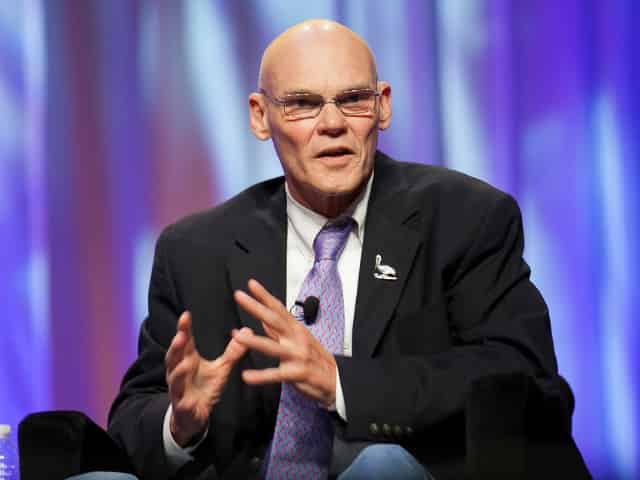 The man they call the “Ragin Cajun” is a lifetime Louisiana resident, being born in Carville, LA, and spending much of his early life in the state. James Carville has taken on many roles in his life, all holding a great amount of respect including U.S. Marine Veteran, litigator, advertising consultant, and at the height of his political career, served as Bill Clinton’s campaign manager.

Since his political days, Carville has held small roles in many major Hollywood films, contributed to major news networks, and currently teaches Political Science at Tulane University in New Orleans, LA. James Carville and his wife, Mary Matalin, both reside in New Orleans, LA with their two kids Matty and Emma.

Memories from Pro Football’s Greatest Era. The Super '70s. Archived from the original on March 20, 2012.

THE 1992 CAMPAIGN: The Democrats – Clinton and Bush Compete to Be Champion of Change; Democrat Fights Perceptions of Bush Gain; Oct. 31, 1992, New York Times