Mardi Gras 2022 Do's and Don'ts for a Successful Trip 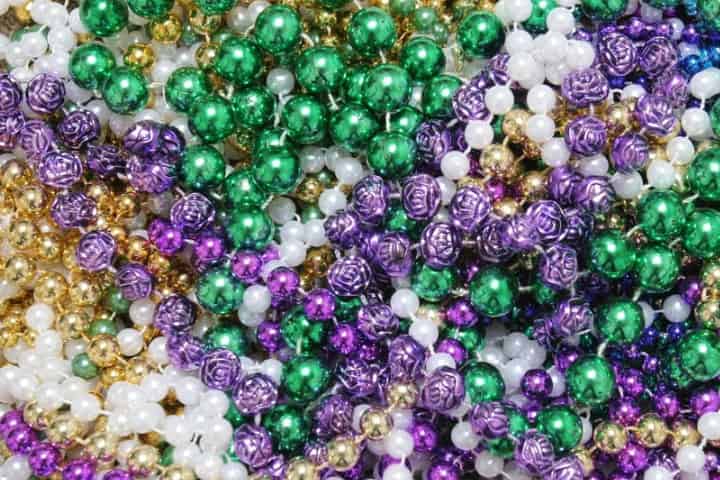 Mardi Gras 2022 is right around the corner, and for many novice parade-goers, the famous New Orleans event can appear overwhelming. Where to go? What to do? Preparing for this widely loved event can prove difficult without the proper knowledge.

With traveler safety and satisfaction in mind, Tripshock New Orleans, the premier activity booking service that on the Gulf Coast, has prepared the Do’s and Don’ts for a successful Mardi Gras.

Plan Around the Mardi Gras Parades 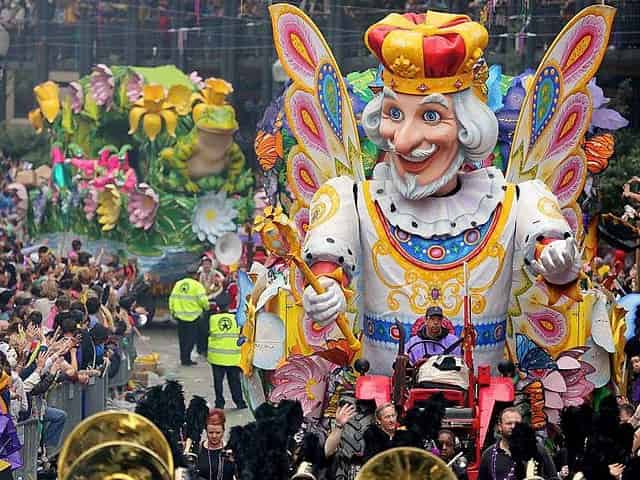 Seeing how the floats are made at Mardi Gras World is the perfect way to begin your Mardi Gras experience! Image from Wikimedia*

Many first-time parade attendees expect to see only one parade, but Mardi Gras is composed of multiple parades and events. Make sure to plan your vacation around the following must-attend parades (krewes) leading up to Fat Tuesday:

Another great Mardi Gras experience to enhance your trip before the parades is stopping by Mardi Gras World! This amazing museum teaches visitors everything they need to know about Mardi Gras, and even allows them to see how some of these incredible floats are made. With Mardi Gras World coupons available, this is a fun and inexpensive experience the whole family will love! 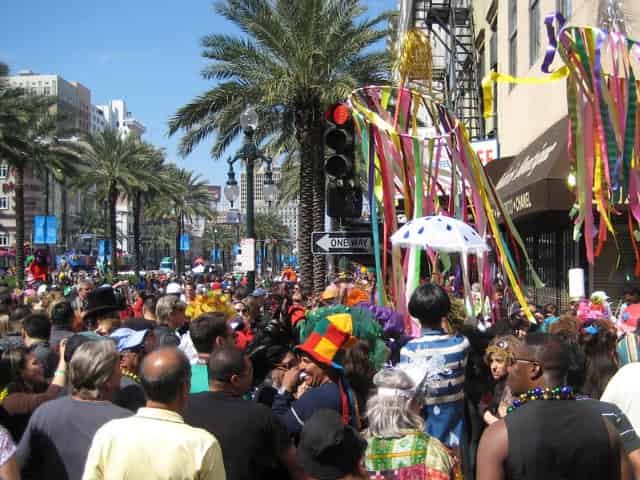 With Mardi Gras crowds like the one pictured above, it’s easy to see why arriving early is a must! Image from Flickr

To experience the full Mardi Gras, arrive early in the week to scope out the surroundings and make a plan for parade days. Arrive at the parades early for the best spots, and to assure a collection of parade “throws.” Most importantly, wake up early on Fat Tuesday.

Fat Tuesday is the Mardi Gras main event, and when the two largest carnival krewes hit the streets. The day starts with the Krewe of Zulu, the city’s oldest African-American parade, proceeded by the Krewe of Rex! For a full list of Parades and scheduled times, visit the 2022 Mardi Gras Homepage. 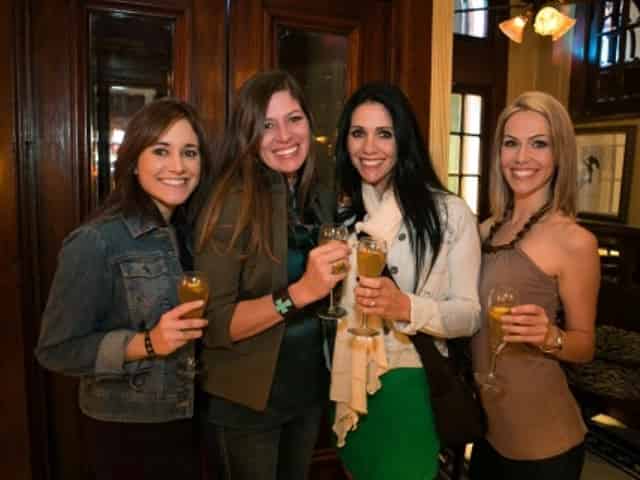 Pictured above is a group enjoying a food and cocktail tour through Doctor Gumbo Tours, which is a great way to experience the true flavor of NOLA

New Orleans is known as the “City of Chefs;” find out why during your Mardi Gras vacation! Plenty of vendors will attempt to sell overpriced street fare along the parade routes, but the real food is just around the corner, at one of the many local restaurants.

Start the morning with an order of beignets (crispy, fried square donuts covered in powdered sugar) and fresh made croissants. After exploring, take a lunch break at a local eatery for a muffaletta or po’ boy sandwich stuffed with fresh Gulf seafood prepared with creole seasonings (Creole is a uniquely New Orleans cuisine that highlights spices and heat). Gumbos, chowders, soups, and more amazing creole dishes make for a palate-pleasing dining experience. Before your trip is over, be sure to chow down on some King Cake, a staple dessert of the Mardi Gras celebration!

Experience the true culture and cuisine of New Orleans on one of the city’s many delicious food tours! This is a great way to taste the city, and have the planning and restaurant research taken care of for you. Sip and snack through the city with a guide, and rest assured you’re enjoying some of the best food the city has to offer! 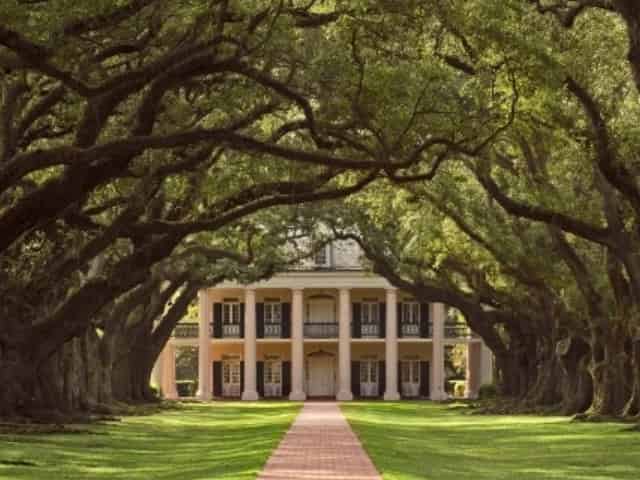 Visiting Oak Alley Plantation, pictured above, is just one of the many ways to experience New Orleans outside of the French Quarter and Bourbon Street

Also remember, New Orleans fun doesn’t stop at Mardi Gras, plenty of activities and day-trips run through the parades and offer a temporary reprieve from the heavy crowds. Visit historic plantations on a New Orleans plantation tour, ride on a fully-functional steam boat for dinner and dancing, or book a haunted history tour, among many other attractions! 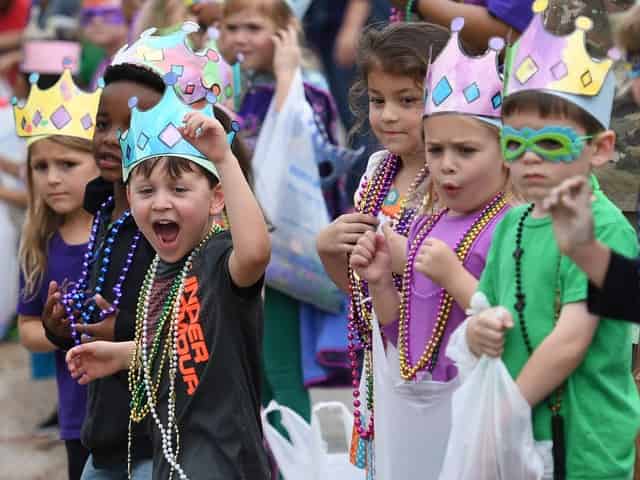 Mardi Gras is mostly a family-friendly affair, but it’s necessary to educate your children on parade etiquette. Never reach in front or beneath a float for parade “throws”, and never climb trees or utility poles for a better view. If a child is lost or separated from his/her group, be sure they know to report to the nearest police officer for help and never speak to strangers. Some parades are more “adult” than others, it is best to stick to day time parades to avoid explicit content or drunken mayhem. 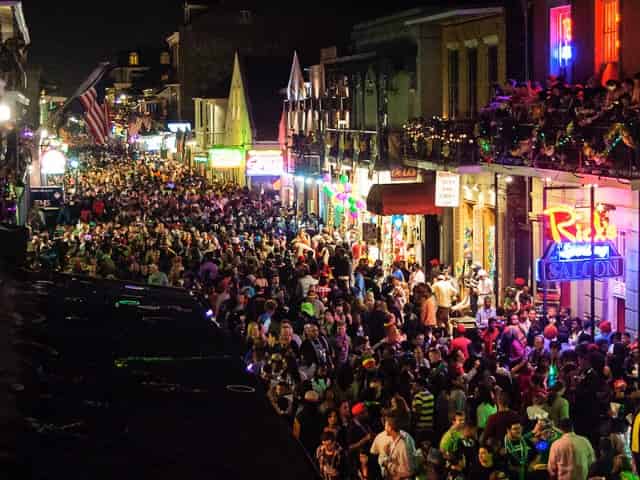 With crowds like these, it’s always a good idea to have a plan in case of emergencies. Image by Craig Stanfill via Flickr

A large majority of visitors will experience a safe and happy Mardi Gras, but there is always the potential for danger. Shootings and other disasters have been known to take place, and preparing an emergency plan is always recommended. Decide on a predetermined meeting place, and keep a cell phone or walkie-talkie handy to remain in contact with your group. As always, avoid people that appear dangerous or severely impaired from drinking or substance abuse. 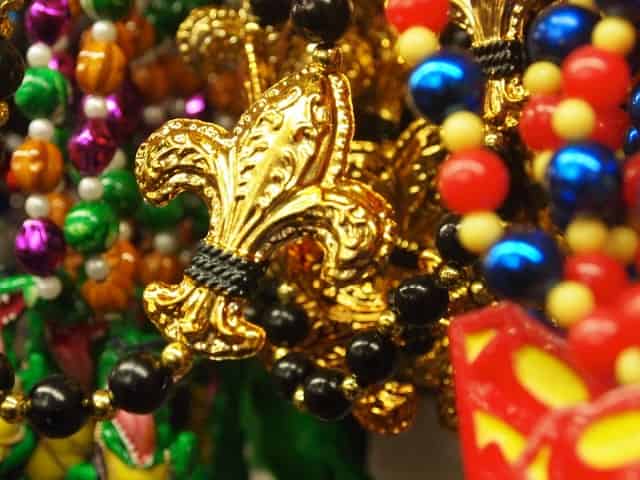 Skip the bead shops and catch your own at the parade to save money at Mardi Gras. Image from Flickr

Like most major events, Mardi Gras has its share of tourist traps including price gouging souvenir shops, street vendors, and swag salesman. Beads and other Mardi Gras essentials will coat the streets and sidewalks following any given parade, so be wary when a swindling but suave street walker attempts to lay a dozen strings of beads around your neck and charge big bucks for the service.

While this area of NOLA is a must-visit, offering fun and inexpensive activities and attractions, Over-priced gifts are a dime a dozen in French Quarter shops, traveling a short distance from the parade routes can yield similar New Orleans mementos for half the price. Don’t allow yourself to be taken advantage of during Mardi Gras, save your money for delicious drinks, dining, and activities like river cruises, segway tours, and history tours.

Stay on Bourbon Street Past Midnight on Fat Tuesday 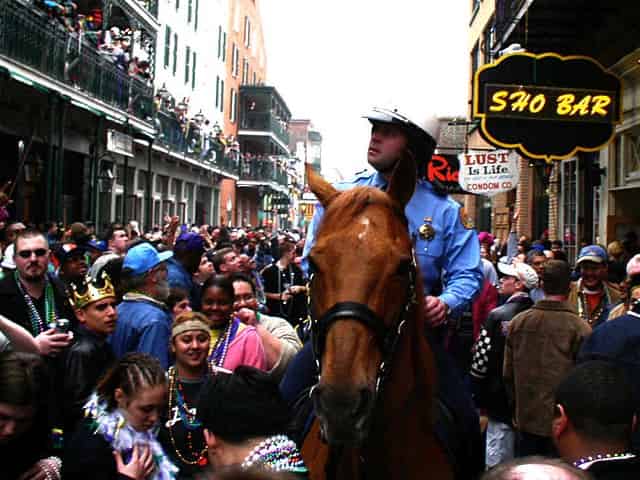 A little known fact for beginner Mardi Gras partiers is that on midnight of Fat Tuesday, the New Orleans Police Force ride horseback from one side of Bourbon Street to the other in an attempt to thin the heavy crowds. Regardless of this crowd control technique, the night doesn’t need to end at midnight. Ask around for pubs and cocktail lounges open past 12, or take the party to one of New Orleans’ other lively late-night districts.

Make Yourself a Target For Crime 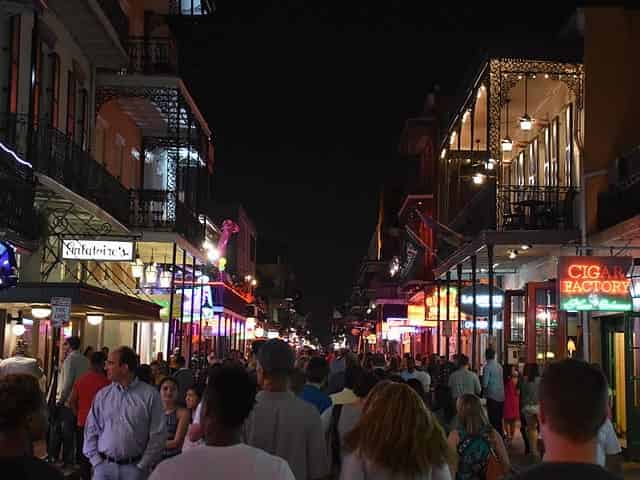 When visiting Bourbon Street and beyond, especially at night, it’s best to try and stay in well-lit, public areas. Image from Wikimedia

Like any major city, crime is a reality in New Orleans. To avoid becoming a potential victim, think twice before venturing into unknown parts of the city, or traveling in dim or unlit areas on foot. Keep belongings on your person at all times, and park in well-lit, designated parking areas. Avoid confrontation, and keep your wits about when approached by strangers; it is impossible to know if a person is dangerous and could pose a threat. 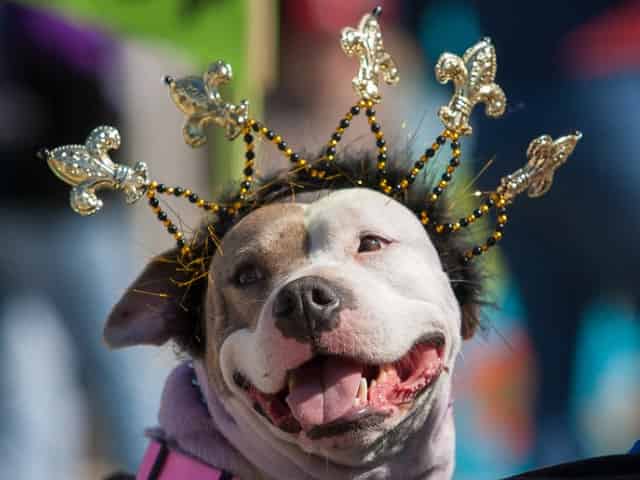 Image of a festive Mardi Gras puppy from Flickr

Although it may seem like a great idea to bring along the beloved family dog, a Mardi Gras parade is no place for a furry friend. Loud noises erupt from all directions, and packed crowds leave very little space to stand. With children screaming, “throws” soaring through the air, and very few places to take refuge, even the most stable pets will struggle to remain calm. To forgo injury or strain on a pet or human, leave Spot at home!

Ruin the Fun for Others 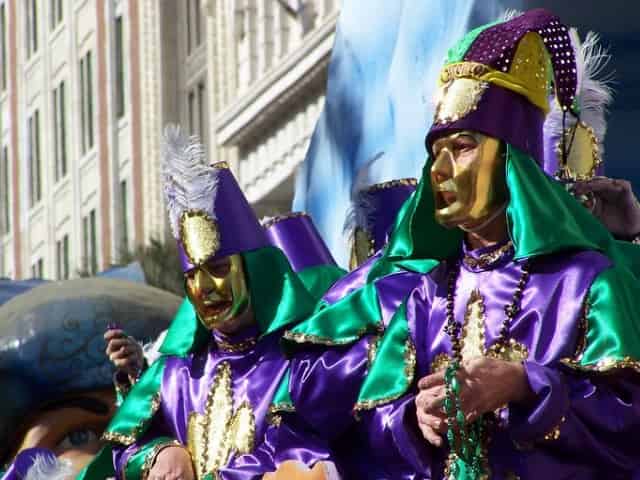 Leave the tossing to the professionals on the float for a safe and fun Mardi Gras! Image from Flickr

Over a million travelers visit New Orleans for Mardi Gras each year, and each person arrives expecting the same brilliant experience as the next. Avoid the following all-too-common behaviors to keep Mardi Gras 2022 a fun and positive happening for everyone: